Welcome everyone again after this nice summer break. I hope you enjoyed it as much as I did. But the party is over. Duty calls again, but it is a pleasant and interesting duty.

At the end of  the last lecture before the summer break I consulted the  Yi Ching to evaluate The Philosophy Class's achievements so far.

The second hexagram appeared, K'UN, The Receptive:
The attribute of this hexagram is devotion; its image is the earth. It is the perfect complement of The Creative--the complement, not the opposite, for the Receptive does not combat the Creative but completes it .

This morning I consulted the Yi Ching again to see what it  will tell us about the new year. It presented me with the eleventh hexagram, TAI, peace.

This can only mean, that we are heading for a prosperous future of The Philosophy Class. At least we can look forward to the 500th lecture, which is in close range now.

In my lecture before the summer break I spoke about the meeting between Lao-tze and Confucius and the  completely different ideas that they had about morality and about what is a good man.

To learn more about Confucius' ideas we have to turn to "The Analects". It is the collection of sayings and ideas attributed to him and his contemporaries, traditionally believed to have been written by Confucius' followers.

The Analects has been one of the most widely read and studied books in China for the last 2000 years, and continues to have a substantial influence on Chinese and East Asian thought and values today.

Its origins date back to 400 BC, but during the late Song dynasty (960-1279) the importance of the Analects as a philosophy work was raised above that of the other classic books of Chinese culture.

It came to my mind, that it happens to be the case that the great cultures on this earth all rely on some book, which has its origin deep in our history.

The Western World has its Bible. The Arabic world has its Koran and the Chinese culture has its Yi Ching and Analects of Confucius.

Whether this is a coincidence or part of human nature, I don't know, but all cultures have an inclination to find moral standards and guidelines in those old books.

But like it is with the Bible, also the Analects is full of contradictions and need a lot of explaining (away).

Perhaps, as Karin L. Lai says in her "Introduction to Chinese Philosophy", we should not expect the Analects to provide normative answers to our ethical dilemmas.

Instead, we might read it in order to understand the complexities associated with the process of moral reasoning as the early Confucians understood it.

The Analects is a collection of diary entries of other people’s behaviors rather than a book of authoritative sayings or a comprehensive and systematic philosophical treatise.

As a manual of appropriate action and behavior, it can be used to generate and encourage reflective thinking about our own actions and commitments.

And when it comes to that thinking and about moral advise from Confucius, let me give you a quote from the Analects, which may puzzle you.

-QUOTE-
The Governor of She in conversation with Confucius said, “In our village there is someone called ‘True Person.’ When his father took a sheep on the sly, he reported him to the authorities.”

Confucius replied, “Those who are true in my village conduct themselves differently. A father covers for his son, and a son covers for his father. And being true lies in this.”
-END QUOTE - 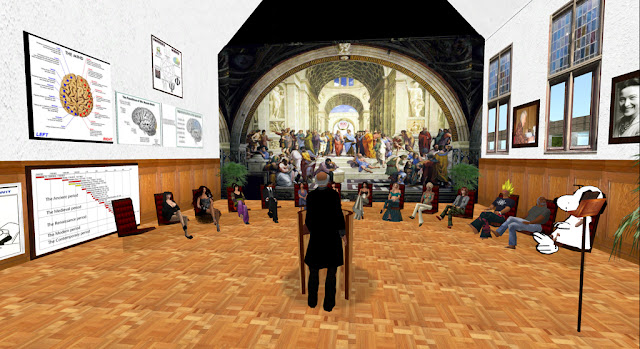